I said a while ago that I'd write something up about the state of C5 and C6 space.

I've had some concerns over this area of W-space for a while, along with a few others who have spoken to me about various issues around it. A lot of people have complain that this area of space is dead or dying. The problem atleast in my eyes is that part of the problem isn't a mechanical issue. Getting more people in to C1 to C4 space was fairly easy a big increase in the value of blue loot lead to a lot more people in space, combined with C4 getting dual statics and a lot of PvP groups moved in to them.

Some of the problems can be shown in a mail I got, I get quite a few like this and skype messages about the same. (I've blanked out names)

bringing up the point of bringing more people to w-space, until cap escals are delt with vary few groups will move to repopulate high class space out side of farming and even then it is currently dominated by **/****/***/****. Almost every other c5/6 you find will have a alt corp owned by them, and they will defend them i remeber when i was still in rainbow that **** once asked if anyone wanted to help kill caps which turned out to be someone trying to evict their farm corp. lowering loss is a good first step but wormhole need to loose the massive profit of owning many holes or those mega wormhole corps will continue to dominate the rest of w-space without challange for a long time.

What can be done? Getting more people in to C5 or C6 isn't that easy, with capital escalations its very easy to make huge amounts of isk in a very short time in a pretty safe manner. Whats worse is that you are disincentived to bring more people since this lowers your isk/person. Your much better having 10 groups of 5 people running cap escalations in 10 different wormholes than 50 people in one place farming.

CCP Bettik mentioned at fanfest that they are looking to potentially change this lowering the isk from cap escalations in some manner but giving you a bonus for finishing the site to compensate.

The non mechanical issue. The whcfc, now while they aren't always together, they often we're/are and this leads to people always assuming they are regardless. In NoHo we're had multiple times when we're had 3 groups all come in together and it does get to the point when if you see one you just assume the others won't be far behind.

Whats worse is it doesn't stop there. People don't want to engage them and just blue ball, due to either not having enough people or expecting other groups to be with them. This then leads to evictions due to "they never fight must be carebears". Then you have even less people to kill. It's a simple case of over fishing.

Now even if these groups do stop teaming up the problem is people will often assume they are together and so still won't engage. I've spoke to a few people about this and I just don't think this can be sorted by any mechanical change. 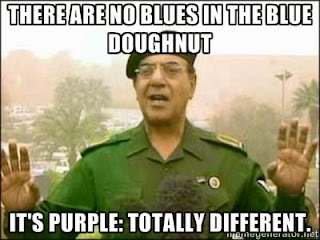 If people have ideas and suggestions I'm more than happy to listen to them.