I'm not going to lie, I'm pretty excited about Phoebe.

Some of the small stuff, the unlimited skill queue, multiple sell orders and new notifications are pretty sweet.

The we have bookmarks on the overlay. This is awesome, want to know exactly where your snipe spots are around a wormhole or a gate you can see exactly where they all are. 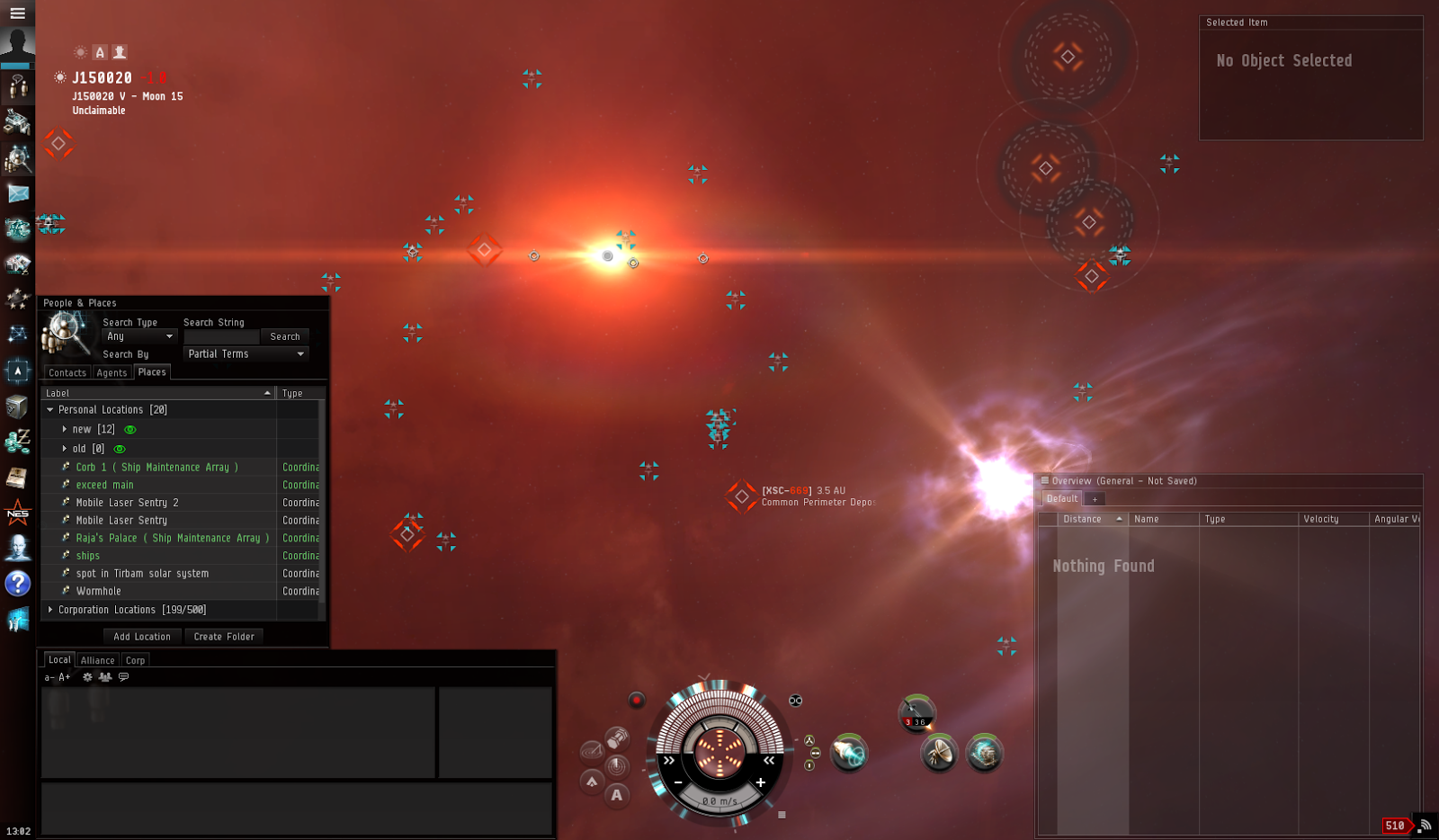 I had a little fly a round on sisi to see how it looked for myself and was really impressed. I'm sure people will find some interesting ways to use these.

Next we come to the big one, Long distance travel. I'll be the first to admit I've been quietly giggling away about these changes. Will it affect me in W-space, a little getting caps in and out of W-space will be a bit more of a pain in the arse. but its nothing we can't adapt to, I can see groups that might start building there own caps in their wormhole now, It may lead to more mining in some wormholes or even enterprising groups offering to let small mining groups share the wormhole in return for cheap minerals.

Apart from that the rest is all really good for wormhole space, There will be alot less chance of you being hot dropped, Encouraging people to go via gates will mean more targets in space. Ooh and the null tears are all pretty epic as well.

I've had some interesting chats to some people from nullsec. With several memorable lines.

the first being. "You live in a wormhole wtf would you know about logistics"

Now I'm the first to admit I'm not up on nullsec logisitics. I don't live there, On the CSM there are people who understand that stuff much better than me like Mynnna, Sion or PGL. So I defer to them on this.

But it got me thinking what is wormhole logistics like. NoHo is one of the biggest wormhole groups out there, We have 50 plus pos's in our wormhole all large. Its a crazy amount of fuel we need. We use capitals all the time to run sites which means we go through alot of stront which is pretty large m3 wise. Like wise all our ammo has to also be hauled in. So what is it like for us.

Well if we get a exit near to a trade hub we'll start hauling 4 or 5 freighters to the hisec wormhole from there often 10 to 15 people in hauler will then ferry it in to our home system often through 5 odd wormholes, With a support fleet keeping a eye on all the wormholes along with checking for new signatures. Doing this on your own would takes ages, but with everyone helping there often done in under a hour. Some times we get lucky and get a direct hisec from our home system and we can bring freighters straight in, but these are rare.

Now what about ships. In NoHo we don't really build anything in the wormhole, So every ship is brought in, I'm sitting on 52 ships in my pos most of which I flew in on my own, If its a expensive ship like a 3b bhaalgorn I'll also ask for scouts to check the chain for me.

This is where I think alot of the issues come from. I've chatted to Sugar Kyle quite abit about this since she does a fair bit of hauling for her group in lowsec. We both sort of agree alot of it comes down to play style and how groups work in there area of space. In null or lowsec if you rat you normally do it on your own. In high class wormholes its nearly always done with a group (or multiple ships being multi boxed). Wormhole space heavily encourages group work even for boring crap like hauling, most people muck in to help. In lowsec and null, hauling is often handled by a few dedicated people, maybe 2 or 3 for small groups up to 50ish for hauling and 150ish for logistics, in the case of Goons.

Using the earlier case where we have 15 hauling and 15 support ships that's probably 75% of the people online helping. This just doesn't happen in low or null.

Well there's your problem your literally relying on them for everything you do, When I ask why he just can't use gates he tells me it saves him three or four jumps. My POV is that jump bridges should be for strategic and tactical use, Not for everything you need to do.

On some more general stuff.

I posted up a simplified version of my C1 to C4 pve results, which got some decent feedback, Sadly with remote reps now working again this are probably not quite as accurate now, So I need to go and redo the C4's at the very least to see how much has changed.

The CSM has submitted the minutes to CCP so they are on schedule,

Sugar was on fire doing 9 minutes, me, Steve and Xander 3 each, Sion 2, Ali, Mangala, Mike and Mynnna each doing 1.

I've started doing some POS research, I was hoping to interview everyone who replied but had so many posts in that thread mails in game and tweets. I'm not sure I will get around to doing that so I sent out a questionnaire (100 plus sent out so fair) I've also posted the questions here so other people in W-space can just get them without having to contact me.

I've had 20 plus replies so far so pretty happy with how its turning out at the moment.

The little things project is still going well, CCP karkur  recently got the probe scan and D scan windows separate and its now on sisi. 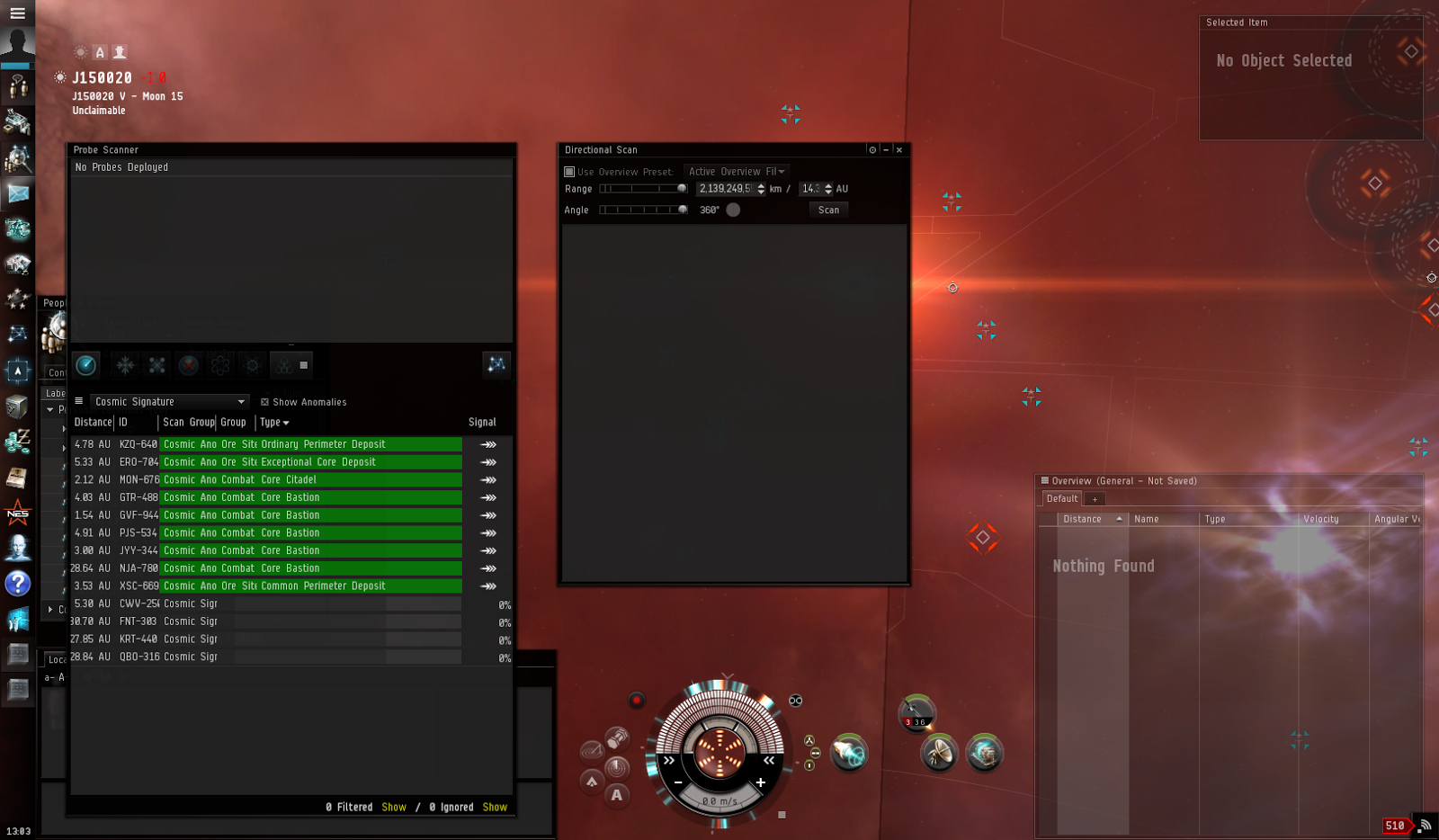 So I'm really happy about that. I'm hoping she can work her magic and get more stuff done as well.